DreamHack announced the groups and full schedule for DreamHack Tours earlier today, with eight teams being split into two groups of four. 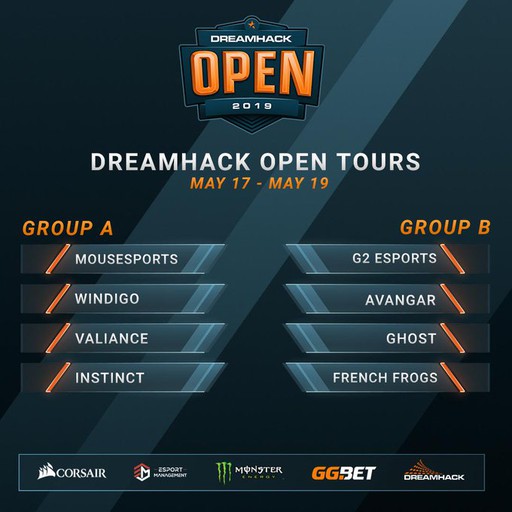 G2 look like the favorite in group B, but the FrenchFrog’s mostly French roster will try to upset their fellow countrymen in their home country. AVANGAR and Ghost round out the rest of the group and are set to face off in the fourth match of the game.

Meanwhile, in group A, other favorite Mousesports are joined by Windigo, Valiance, and Instinct in another fairly balanced group.

DreamHack Tours will run from May 17-19 in Tours, France with a $100,000 prize pool. All teams will duke it out in double elimination groups of four, where winning two best of ones guarantees a team will advance in first place. Meanwhile, any losing teams will have to fight for their lives in best of three elimination matches. While first place in both groups is likely to go to the favorites, the second slots are still up for grabs.

The full schedule for DreamHack Tours (all times in BST) is below: