The Denial players are still owed thousands of dollars from their organisation.

Amidst accusations of failing to pay players and then charging back payments made to various esports players to settle debts, Denial have yet to pay their CS:GO roster.

Both co-owners Zachary ‘ZachtehCEO’ Smith and Patrick ‘BlackBeardAP’ E. Smith Sr. have made statements online addressing the issues and Zachary explained the CS:GO team ‘is outstanding but due to them being in Brazil they cannot be paid until they return to their home country (besides the Americans) once they sign their release they will be settled.’ 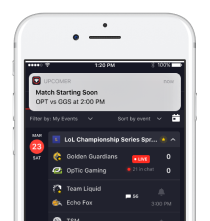 Esports veteran Scott “SirScoots” Smith, who has repeatedly clashed with the Denial owners over their alleged poor management, responded to this statement via Twitter, explaining that the organisation was trying to blackmail them into signing contracts in order to get the money they were rightfully owed.

The actions of SirScoots enabled the team to continue to compete and while Zachary ‘commended’ this action in the Tweet, SirScoots went on to ask BlackBeardAP, who was said to be CEO of Denial, to pay the team the $7,500 they were owed from the organisation.

While there is no news as to when the Denial players will be paid, the team will be competing in  the South America Closed Qualifier for a place at the Americas Minor in Berlin, with hopes of making it all the way to the StarLadder Major 2019.